Here, I will share some of the previous and current projects I’ve developed for work, school and fun, varying from software to games. Please bear with me while I’m still figuring out which projects are relevant to include.

Podcast, 2012-Present
With Douglas Novelli
Entrando Pelo Cano is a video game podcast created by Douglas and I in 2012. In it, we share our opinions on a variety of gaming subjects, as well as other cultural items like books or films. We often invite our friends to participate as well. Working on it has helped me improve my media-editing, verbal discourse and web content publishing skills, as well as have a monthly dose of great fun.

Website, 2012-Present
With Darren Kerwin
I had been a member of the Metroid community on the Internet for years when Darren invited me to be a member of the Shinesparkers staff. Shinesparkers is a fansite dedicated to posting news and creating content around the Metroid series of video games, and since 2010 has been one of the most relevant places for fans of the series. It released the two Harmony of a Hunter albums.

Community, 2011-2014
With Henrique Gusso, Marcelo Morales
In 2011, shortly after the release of the Nintendo 3DS, Marcelo Morales created a Facebook group to help owners of the portable to find people to play with and collect “StreetPass” tags. A few months later, he asked me to help with the administration of the group and meetups, and we were later joined by Henrique. When the Wii U was released, the group was renamed to represent both systems.

Community, 2012-Present
With Oelson Campos and others
In 2010, the TV show My Little Pony: Friendship is Magic took the Internet by storm, creating a cult following for the show that lasts to this day. In 2012, I found people in Curitiba who also enjoyed the colorful cartoon and we created a group to organize events to watch episodes and have fun. We also attempt to make a point against prejudice based on someone’s personal cultural tastes.

Community, 2014-Present
With Guilherme Bittencourt and others
After running Curitiba 3DS U for almost three years, myself and the other admins agreed on joining N-Blast, a Brazilian website dedicated to Nintendo news and events, thus becoming the local league for the state of Paraná. The group remains mostly the same, but we now participate in national tournaments and have better visibility.

Podcast, 2014-Present
With Luca Sales and others
After becoming acquainted with podcast production with the amateur Entrando Pelo Cano, I applied to join BlastCast, which is produced by the same group that maintains the N-Blast leagues. 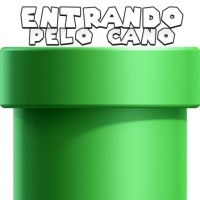